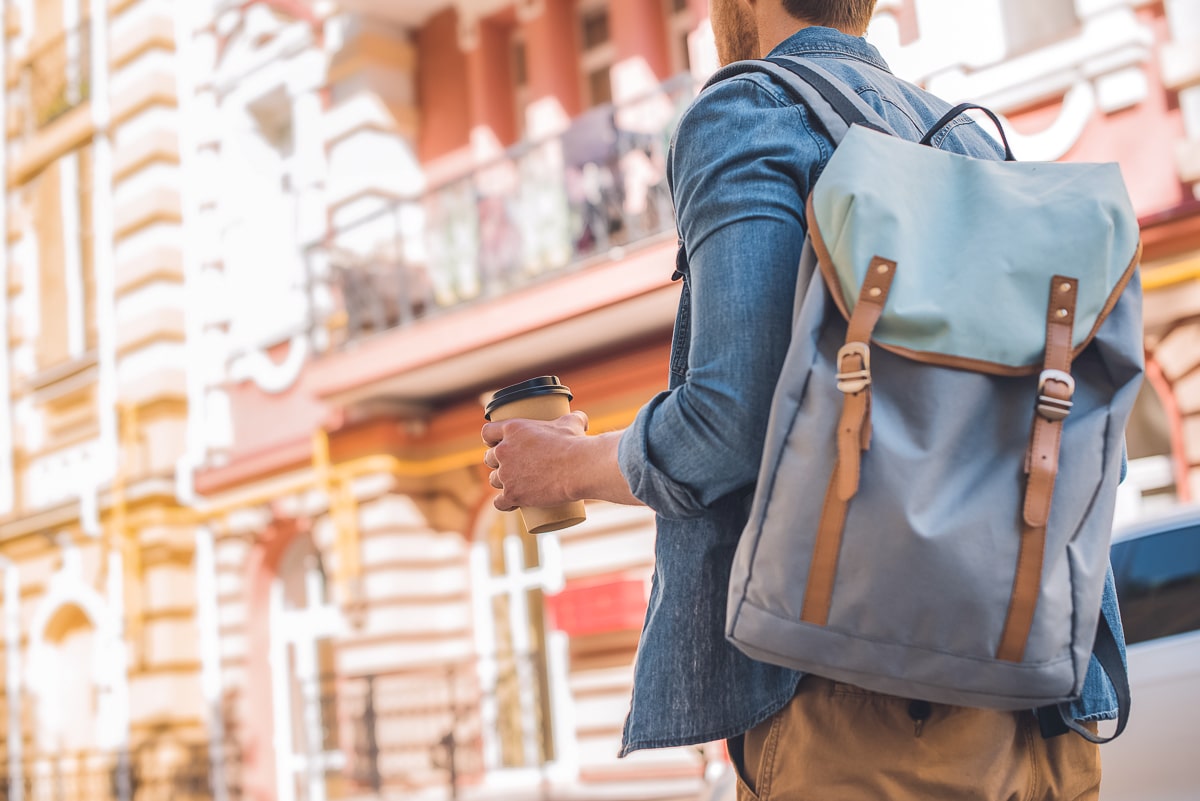 Here Are Some Language Learning Tips That Have Helped Us A Lot!

Learning a new language can be difficult – especially if it is the first foreign language you’re trying to learn. We have both been through it. Lisa, for example, is not a native English speaker and started learning English when she was only 9 years old.

Admittedly, English is not a very difficult language to learn. Later she studied Spanish both in high school and university and has also picked up some words of Danish and Dutch.

Bruce, on the other hand, has had French classes in high school (whether he can speak French is another question) and has been trying to learn German for the last few months.

So it’s safe to say that we know a few things when it comes to learning languages. That’s why we’ve decided to brainstorm some of the best language learning tips and strategies that we have received throughout the years that have taught us how to stick with learning a language!

Pick A Language You WANT To Learn

This first point can be very important when it comes to learning a language. If you choose to learn a language that you are actually interested in or like the sound of, you’re more likely to stick with it.

Lisa for example really likes the sound of Spanish and that’s probably one of the reasons why she has been studying the language on and off for almost 8 years now. She also just really likes Spain – so that was another big motivation for learning the language.

We know that it is not always possible to choose which language to learn. Maybe you have to choose a specific foreign language in high school or maybe you need to learn a language for a job or because you have to relocate to another country.

In this case, try your absolute best to learn that language. That said, if you have a choice when it comes to language learning, make sure to think about it and choose one that you are genuinely interested in.

This is probably the number one language learning tip that we have gotten throughout the years and that we would give other people now. Consistency can make such a difference when it comes to learning a new language.

You don’t have to study for an hour a day, but even being exposed to the language for only 10 minutes a day or a few times a week can make a difference.

One problem we’ve had when we weren’t consistent is that we forget basic grammatical constructs or words that are important when it comes to using the foreign language.

And believe us when we say that this can be very frustrating – it can take the fun out of learning a new language. By using the language frequently you’ll make sure that you don’t forget these basic things and you’ll improve step-by-step.

It is definitely possible to learn a foreign language on your own but you have to be very committed to it and sometimes we all struggled with this.

Lisa has found that attending language classes can make a huge difference regarding how quickly she learns a new language. She attended classes for Spanish, Danish, and once upon a time Norwegian, and they have really helped her start the language learning process.

It is nice to have a teacher who you can ask questions in person and who knows how to pronounce certain words. While this was helpful for Spanish, we imagine that it would be even more valuable for languages where the pronunciation differs from the written words, such as in French.

By attending classes you can also make sure that you are consistent with your language learning tips since they usually take place at least once a week.

Remember when we talked about consistency? Yes, it is that important. But admittedly sometimes it can be hard to find the motivation to pick up a language book and start reading – although Bruce does like his language book.

One of our top language learning tips that we want to give you is to download a language app onto your phone. We’re so used to using our phones all the time these days, so using it to learn a language doesn’t feel as much of a chore as a book might.

We have used both Duolingo and Babbel and would recommend them both. Duolingo is great for vocabulary and complements in-person language classes really well. It is also free, which is great.

If you are set on learning a language on your own without classes then we would recommend going for Babbel instead. We have found that their lessons are a bit more in-depth and it’s easier to understand why and how a certain grammatical construct is used.

Read Next – How To Be Successful In Life

This is another language learning tip that has helped Lisa greatly improve her understanding and vocabulary of Spanish. The same is true for Bruce when it comes to learning German. Kids shows usually use simple vocabulary in an everyday setting that is easy to understand and learn.

Lisa for example regularly watched the Spanish version of Peppa Pig on YouTube and it has really helped her to improve her use of the subjuntivo and to speak more naturally.

If you have a show that you really liked as a kid, then maybe have a look to see if there is a version in the foreign language that you are studying. Alternatively, there are so many different videos in foreign languages on YouTube – you’ll be sure to find something that you enjoy!

Travel To The Country Where The Language Is Spoken

The easiest way to learn a language is to be surrounded by it all the time. Lisa’s Spanish really improved when she lived in Spain for a few months. Similarly, Bruce’s was able to improve his German quite a bit when he was surrounded by Germans – one of those being Lisa.

This method would be even more effective if you travel to regions where English is not spoken widely. This way, you have to use the foreign language even if you might not want to. Once you have gotten over your initial hesitation it’ll be fine – trust us. And most of the time locals will be super happy to hear that you’re trying to learn their language.

Read Next – Healthy Habits That Will Positively Affect Your Life

While this language learning tip might seem obvious, it is still a very important one. You can learn all the vocabulary and grammar rules you want – but if you don’t speak the language, you can’t really improve and internalize it. You might not feel comfortable speaking to others yet when you’re just starting out – and that’s okay.

This is where classes are great because usually the other people in your class are at a similar level and you can all learn and improve together. You can also practice your speaking with some apps such as Duolingo and Babbel. We have tried their speaking features and they are great – even though generally they are not as effective as real-life conversations.

When you’re a bit more advanced, you can also try talking in the foreign language to yourself. Admittedly this does seem kind of weird, but it has actually helped Lisa get more comfortable with speaking the language to other people.

And there you have it – 7 of the best tips we have to help you learn a new language. Learning languages is always something that is going to interest us so we will continue to work on it. As we do, we’d love to hear from you on your language learning journey!